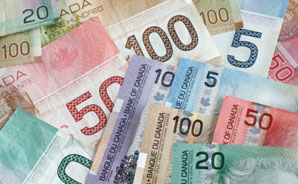 Many survey companies offer consumers a way to earn extra income through taking surveys for money. The mission of survey companies is to match appropriate survey takers with their market research clients. They do this by recruiting potential survey takers from around the globe who then answer questions online for various businesses and agencies desiring feedback on their products and services.

Jump to: » Skip ahead to find out which survey sites offer surveys for money

These survey panel members are often rewarded for their time and input with cash directly or with special points for each survey completed that they can then exchange for cash. Members are asked to provide demographic information upon registration that allows companies to determine if a particular survey should be sent to an individual. If a points system is offered, members may have their points accumulate in their account until they have the amount needed to redeem them for a reward.

Why Some Companies Prefer Awarding Points Instead of Cash Directly

Survey companies may have branches around the world so using a point-system rather than dollar amounts to make it simpler for them to reward everyone who takes surveys for money equally for their time. For instance, if a survey-taker living in Canada earns $5 CAD for a survey and a resident in Europe fills out the same questionnaire, the survey company would want to reward them equally.

It is easier for the survey company to simply award each survey taker the same amount of points for completing the survey rather than dealing with fluctuating exchange rates and figuring out what amount should be awarded to each survey taker in their own local currency.

By rewarding members with universal points, survey companies keep the process fair. Collecting points with each completed survey also allows members to save up a larger amount of cash instead of cashing out smaller denominations each time. In this way the survey-takers choose when and how to receive their earnings.

How Money is Paid Out to Survey Takers

After signing up with a survey company, consumers are sent survey invitations to their email accounts. The amount of points or cash amount to be rewarded for completing the survey is usually posted at the beginning of the online survey and is awarded upon completion. Points vary with each survey depending on their length and complexity, and also the number of people who qualify to take specific surveys.

Survey companies who provide members with online surveys usually pay out in one of two ways; the first is through a cheque, which is sent via regular mail. For those who have a PayPal account, many companies are now offering to pay survey takers electronically. Using the PayPal option often allows the survey taker to receive the cash they earned for taking surveys for money much sooner. Here you can find a list of PayPal surveys.

Who is Eligible to Take Surveys

Almost anyone who has access to a computer, an email address, and a desire for extra pocket money can register with a company that pays money for surveys. Most companies prefer survey takers to have reached Canada’s age of majority, but some let teens as young as 13 earn extra rewards through survey taking. With the flexibility of online access, it is possible to take surveys and earn cash at any time of the day or night. Taking surveys for money is a good way for many people to supplement their income while having their opinions heard.

Many market research companies operating survey panels in Canada offer money or points that can be converted into cash in exchange for participating in surveys. These include:

If you want to receive your cash in a specific way, you can also find out which survey sites offer particular cash rewards by consulting the links below: