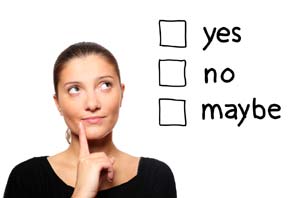 How Do Opinion Polls Work?

Opinion Polls are an important tool to show an overview of what a population thinks on a certain issue. We often see the results of these polls on the nightly news, especially around election time. How do researchers obtain these results?

It depends on what kind of poll is being conducted. The process can be similar to that of taking regular online surveys, where a panelist receives an email invitation to complete a survey, but are alerted that the survey will only be available for a short time. That way the researchers can process the results quickly and submit them for an upcoming event such as the next evening’s newscast.

Telephone polls are also still popular, especially on time-sensitive opinion polls such as gathering feedback on which candidate a certain demographic is likely to vote for. In order to ensure a fair selection of the public, the researchers will ask questions to select a random participant, such as requesting to speak to the person in the house with the most recent birthday.

Let’s look at an example of an opinion poll conducted by LEO. A poll was drafted asking various questions such as wanting to know who each respondent was likely to vote for were an election to be called that day. The poll was conducted over two days in order to receive results in a timely manner. See the full study here.

The research company (in this case Leger Marketing) then selected a random group of participants. Their own Internet panel has over 400,000 Canadian households to choose from who have signed up to take online surveys, and each of these panelists had already filled out demographic information during registration. So that enabled Leger Marketing to obtain a representative sample of the Ontario population, which was the objective of the poll.

The next step was to contact a large number of respondents and conduct the poll, and afterwards they went through the final results to ensure they had a wide cross-section of the public who answered.

How to Take Part

To share in the opinion poll process, simply sign up with an online survey company that is known to conduct these polls. To determine which companies offer polling, take note when observing results in the media. For instance while reading a newspaper there may be a quote such as “The latest Ipsos poll shows that…” and by taking a look at the CanadianPaidSurveys website, one can quickly see that a link is provided to join the Ipsos i-Say panel in order to participate in future studies.

Take some time before signing up to discover which offers the types of polls, surveys and incentives that are a good match. Most companies offer a mix of online surveys, product testing and focus groups, which allow panelists to save up for great rewards. For a lot of people however, the reward comes from seeing the results of their surveys published and they feel good knowing their contribution mattered.