Get Rewarded and Make a Difference in More Ways Than One 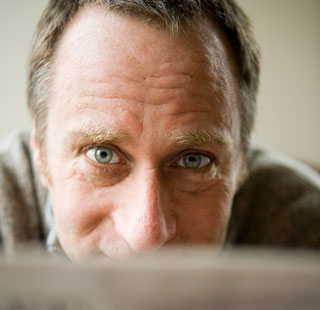 Saving money can be just as much of a motivation to complete online surveys as earning cash and prizes. One way to do this is through donating the points earned from survey taking to charity.

A number of survey companies list a “donate to charity” option when panelists sign in to redeem their points. While some people may feel a donation is not as enticing as saving up for prizes or cash rewards, giving one’s points to a registered charity can give the donor more than just a good feeling. Tax receipts are issued just the same as if a donation was made in person or online, which can in turn be used as a deduction on their income tax return.

Panelists complete surveys as they normally would and accumulate points as they do so. After they collect a certain number of points, the time comes to redeem them.

At this point some survey panels, such as Legerweb, allow these points to be donated to registered charities who will in turn provide a tax receipt for the donation.

Let’s say a panelist completes a number of survey and earns enough points to donate fifty dollars to a charity listed on the survey panel website. The panelist gets the satisfaction of making a donation without any out of pocket expense, and then receives more benefits come tax time. If our panelist lived in BC in 2012, for a $50 donation they would receive a $7.50 federal tax credit and another $2.53 provincial tax credit.

This is a total tax credit of $10.03 which can reduce the income tax the panelist owes, or even get added on to their refund. All for a donation to charity that did not cost them anything in the first place. 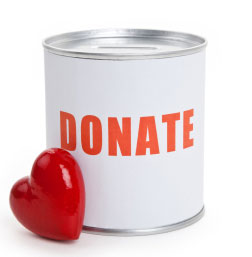 In Canada, only donations made to registered charities are tax deductible. Canadians can get a credit for all eligible donations up to seventy five percent of their net income. When donating through a survey panel, a tax receipt is issued to the panelist for tax purposes.

If over two hundred dollars is donated throughout the year, the tax savings are higher. So for panelists who are members of a variety of survey sites there is an opportunity to cash in their points as a charity donation to a number of charities and reap the rewards on their tax return.

The $200 doesn’t all have to come from donating to charities through survey panels of course. Say a panelist has already donated $125 through a charity at their work. By redeeming their survey points for a hundred dollar charity donation, they are now “bumped up” to over the two hundred dollar donation level and will receive a bigger credit, all without paying a dime.

So while some may think that donating to charity is a nice gesture but not worth the time they put into taking online surveys, these examples show that even though the panelists doesn’t receive a direct prize or cash, they do receive tax savings which is just as nice of a reward!

*Please visit individual panel websites to check that a tax receipt will be issued to you upon making your donation.

= Verified that a tax receipt will be issued to you upon donating your survey points/dollars to a charity.

Donate your LegerWeb “Survey Dollars” to great causes like the Canadian Cancer Society and Sun Youth.

Use your “Perspective Points” to make a donation to the Canadian Cancer Society and get a tax receipt sent out to you.

Opinion World – Every time you complete a survey Opinion World will make a donation the charity that you select. Charity participants include: WSPA, Concern, JRCR and IFRC.